The unexpected and sudden loss of a loved can cause considerable upset and distress. There may be many unanswered questions about how or why the person died. For more on our Inquest Court Representation, call us on 0161 477 1121.

We can Provide Inquest Advice and Representation

An inquest may be held when any of the following circumstances could apply: –

In the early stages, once the matter has been referred to the local Coroner – he or she will commence an investigation.

One of the purposes of this investigation is to see whether it is necessary to hold an inquest at all.

The purpose of an inquest is limited to answering the following questions: –

In this section we will endeavour to explain our role and answer some of the more commonly asked questions in relation to this service.

What does an investigation involve?

The Coroner will direct that certain enquiries are carried out which may include obtaining medical records, taking witness statements, obtaining expert reports, obtaining prison/police/hospital records and possible obtain CCTV or other relevant digital or documentary evidence.

In addition to the Coroner’s investigations there may well be other investigations going ahead from other bodies such as the Independent Office of Police Conduct (IPOC) or the Care Quality Commission (CQC). These organisations may then produce a report which is in turn provided to the Coroner.

What is an Inquest?

This is the formal, public hearing in a Coroner’s court during which the Coroner will hear evidence from witnesses to decide on the above 4 questions. Sometimes it may be necessary for an inquest to also have a jury.

A jury would be required (for example) if the person died whilst in state custody or during the course of their employment (if the death was caused by an accident, poisoning or disease which must be reported to a government department or inspector).

Inquests provide “interested persons” – such as the spouse/parents/children of a deceased – with an chance to ask questions of witnesses during the hearing.

The hearing is described as “non-adversarial” – in other words there are no “sides” and nobody can “win” or “lose” the case. The purpose is to get to the truth of the 4 questions – most commonly this will be to answer “How” the deceased came by their death.

Sometimes it does not feel that this is a fair process for the family of the deceased as the witnesses may well have lawyers representing them. This will usually be the case for the police, NHS or prison service.

There has been growing criticism in the press that although the family are supposed to be at the heart of the process there is often an “inequality of arms” as the family are often unrepresented but the others involved have lawyers.

What is an Article 2 Inquest?

Article 2 of the European convention on Human Rights provides the “right to life”. It imposes on all state bodies – where there is a real an immediate risk to life of which they are (or ought to be) aware, to take all reasonable steps to mitigate that risk.

It also imposes a duty on the State to carry out an effective investigation into any death that has occurred in circumstances where it appears that its duty has been breached.

If the death falls (or may fall) within these circumstances a more extensive investigation into the death should take place. In addition to the 4 questions referred to above an inquest will also have to determine “in what circumstances the deceased came by their death”.

It would be likely for there to be an Article 2 inquest in the following situations: –

What are the timescales for an inquest?

The law states that the inquest should be dealt with as soon as possible but within 6 months of the death, however in practice some cases can be complex and do take much longer than this.

What are the likely inquest conclusions?

The Coroner (or jury if there is one) will come to a conclusion which will include a legal statement about who, when where and how the death occurred (and in article 2 cases – in what circumstances). This may come in one of the short forms and/or could be in a narrative form. The short forms are as follows: –

A narrative conclusion may mean that either in place of a short form or in addition to this, they include a paragraph which factually describe the circumstances of the death.

This cannot name any individuals or use phrases which apportion civil or criminal liability, but this may be used to make wider comments on the failings or issues which have been raised during the inquest.

What are the funding options?

There may be funding for your representation available through various means such as legal aid, insurance, or your employers.

When you first approach us, we will discuss what funding may be available and how to go about making any application.

Legal Aid is available for families to be represented at an inquest in some limited circumstances. This is dependant upon your means and the specific circumstances of the case.

If you have to fund representation yourself, we can offer very competitive rates. We can give clear advice as to how any fees will be calculated and the likely overall costs involved. We would provide this advice in advance of you incurring any costs.

Having legal representation is important to ensure that the circumstances of the death are thoroughly examined.

We are experienced solicitors who can guide you through the process and help you to find out the truth.

You may want to find out whether more could have been done to prevent the death of your loved
one.

We can: –
• Liaise with the Coroner on your behalf
• Advise you in relation to the process involved
• Keep you informed of timescales
• Ensure that you get disclosure of the relevant documents/reports (such as a post mortem)
• Represent you at a pre-inquest review
• Represent you at the inquest

We are members of the Inquest Lawyers Group which is a charitable organisation. This organisation may be able to offer additional support and has produced the Inquest Handbook which you may find useful.

Why You Are In Safe Hands with Morton’s Solicitors – Stockport, Manchester & Cheshire.

In early 2018 we were awarded the Manchester Legal Awards 2018 – “Crime – Team of the Year” award. And of course, we were absolutely delighted.

This is based on not only our ability to get fantastic results for our clients, but we also the extremely friendly, discreet and client-focused service which has earnt us such recognition.

What this means for any prospective client reading this is that your case is going to be in some of the safest hands in Criminal Defense in Greater Manchester & across the North West. 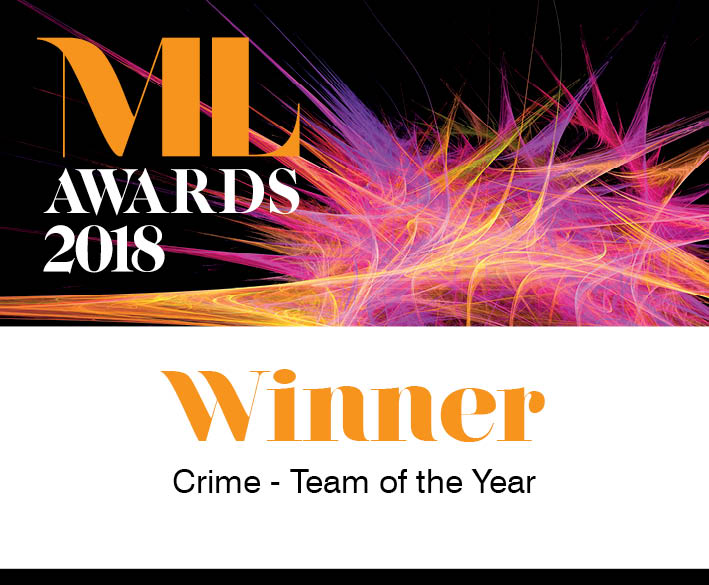