Harassment Laws – What is Harassment? 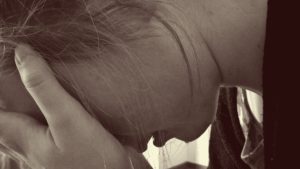 What does “Harassment” involve?

To be prosecuted under Harassment Laws, there has to be a course of conduct involving as little as two incidents against another person or persons.

The dictionary definition of harassment is to “torment by subjecting to constant interference or intimidation”.

The law does not provide a comprehensive definition and of course there are many actions that can cause a person distress that would not constitute harassment.

The offence is aimed at conduct that alarms or causes a person distress and which is oppressive and unreasonable.

What do the prosecution have to prove?

Additionally, for the more serious offence the prosecution has to prove:

How do I know it is harassment?

The test of whether you ought to know whether the course of conduct amounts to harassment is whether a reasonable person, in possession of the same information, would think the conduct amounted to harassment. The same test applies in respect of fear of violence.

Are there any time limits within the Harassment Laws?

At least one of the incidents has to have occurred within six months of the charge, for the basic offence without violence.

There are three available defences for the basic offence under the Harassment Laws;

What sentence could I get?

For the offence without violence (the basic offence) up to six months imprisonment can be imposed (2 years if racially aggravated).

For the more serious offence involving fear of violence the maximum sentence was 5 years and is 10 years for offences committed on or after 3rd April 2017 (7 or 14 years if racially aggravated, again dependent on date of offence).

The law in respect of harassment and the potential defences is complicated, and there are other specific offences of harassment (for example of debtors) that are not covered in this article.

If you are being investigated for or have been charged with this offence please contact our office for further advice and representation, our solicitors are experts in criminal law and can guide you through the complexities. Call us on 0161 477 1121 or contact us directly.