When Is A Threat An Offence? 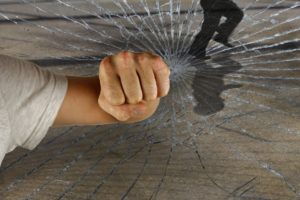 Have you ever said something similar to this??

Is it an offence?

You may have a defence if you made the threat in order to prevent a crime, or to prevent yourself from being harmed; It will be considered by the magistrates or jury whether the threat was reasonable in the circumstances.

A comment made with no intention to make somebody feel threatened, such as a joke, would not be considered an offence.

Evidence of previous history between the parties is admissible as tending to prove that the defendant intended his words to be taken seriously (Williams (C.I.), 84 Cr.App.R. 299, CA.)

What if the threat is made to someone else?

It is still an offence to make a threat through somebody else. For example, if you told somebody that you were going to hurt their friend, it would be considered an offence.

What sentence can I expect?

The court would look at a number of variants when deciding on a sentence. These would include things such as; was there a weapon? Was the threat made in the heath of the moment? How many threats were made? What was the impact on the victim?

An example is a case involving threats made to an arresting officer, the offender knew detail about the officer’s home life which added weight to the threats. He was sentenced to 2 years imprisonment.

When a weapon is present when threats are being made the offence is much more serious, an offender who threatened his former partner with a sword received five years imprisonment.

If a threat is made in the heat of the moment, it may be punishable with a community order. However, more serious threats, especially those with a weapon involved may lead to longer sentences of up to 10 years.

If you have been charged with an offence or are under investigation by the police, find out more about our defence services for threats to kill – or call us now on  0161 477 1121