How The Courts Are Tackling Online Abuse 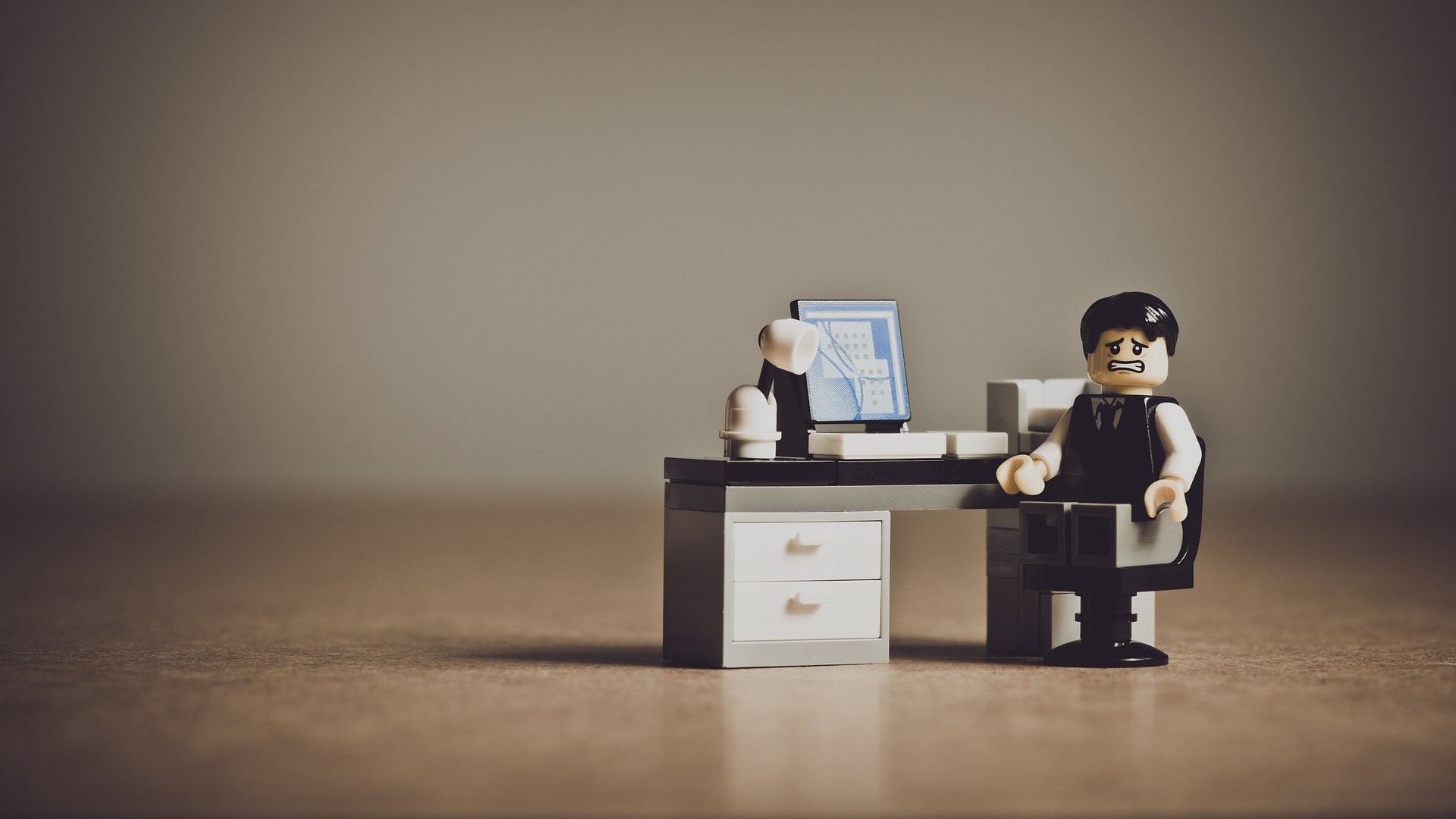 Tackling Online Abuse – How the courts are getting to grips with it.

Recent cases are showing that the Courts are finally getting to grips with the Communications Act to tackle online abuse.

On 25 May 2018 at Westminster Magistrates’ Court, Alison Chabloz, was convicted of three offences under section 127(1)(a) and (b) of the Communications Act 2003. She appealed her convictions to Southwark Crown Court, but on 13 February 2019 her appeal was dismissed. She then appealed by way of judicial review.

What were the charges?

The first two charges against the applicant in the present case were that on or about 28 September 2016, contrary to section 127(1)(b), she had caused to be sent by means of a public electronic communications network, namely the internet, a message or matter that was grossly offensive, being a hyperlink on her blog to two performances of her antisemitic songs entitled “Nemo’s Antisemitic Universe” and “(((Survivors)))”. These songs had been performed by her four days earlier at a meeting of a right-wing organisation called the London Forum at the Grosvenor Hotel in London. The performances had been video-recorded and then uploaded onto YouTube.

She had not been involved in the uploading, but she had a free account with wordpress.com and had been allocated a subdomain entitled “tellmemorelies.wordpress.com”, a blog which allowed her to publish and manage multimedia content. On this blog site the applicant informed those looking at the site that she had performed the songs, and pasted a hyperlink which connected with the YouTube site and allowed immediate streaming of the London Forum video of her performances.

The third charge concerned section 127(1)(a). The applicant accepted that on 2 September 2017 she had uploaded the video of her performing another song called “I like the story as it is – SATIRE!” onto the YouTube website. This song was grossly offensive for the same reasons.

The claimant did not take issue that the songs were grossly offensive but submitted that the posting of a hyperlink was a neutral act which did not cause an offensive message to be sent. In respect of the third offence, she submitted that she had sent the video to a server in California, which was an inanimate object, so communication with it was not possible.

What did the Court say?

In relation to the hyperlink defence, it held:

“It is possible to approach Issue 1 in three different ways and reach the same conclusion: that, on the facts of this case, the applicant was properly convicted under section 127(1)(b).

The first is by reference to ordinary common sense: the applicant told those looking at her blog that she performed these songs and that her performances had been uploaded onto YouTube. To facilitate their access to those performances, she pasted onto her blog page the hyperlink to the YouTube video. That was not in any sense a neutral footnote or a passive reference to something unconnected to her, but instead a direct signpost to the performance of her own songs. She was endeavouring to widen the distribution of her own material.

It was the applicant who set in train the sending process. She used the internet to put in place an interface between the two websites (the embedded deep link between her blog and YouTube) which ensured the conveyance of the contents of a video from one to the other. The software created a direct link to where the video was stored and enabled immediate access to it by the push of a button. As long as it remained on YouTube, it was accessible via the applicant’s blog.

Moreover, the purpose of setting up the link was to cause the material to be sent. Without the applicant going onto the YouTube site, copying the hyperlink and pasting it onto her own wordpress.blog page, it would not have been possible for others to access the material from that location. The applicant put in place the process by which the video was sent, which is why it can be said that she caused the message to be sent. It is not tenable to argue, as Mr Davies attempted to do, that the Court should ignore all of that and to say that the causing of it to be sent was the act of the visitor to her blog who clicked on the hyperlink.

The second analysis of Issue 1 considers the posting of the hyperlink by reference to the decisions in Collins and in Chambers. As Lord Bingham stated in Collins, the aim of section 21 is to protect the integrity of a public service and to prevent it being a means by which grossly offensive material may be enabled. That is precisely what the applicant was doing here. In addition, the answering machine situation in Collins is directly analogous to the hyperlink here, and, as per Chambers, it makes no difference if the message (in this case the hyperlink to the YouTube video) was stored as content or as a separate message. I agree with [Counsel] that it would be wrong to place undue emphasis on the technology that was involved in achieving the applicant’s aim.

The third approach to Issue 1 is by reference to the non-binding authorities to which Mr Davies himself referred which dealt expressly with hyperlinks, albeit, as I have said, in the context of defamation. In my view, those authorities are not inconsistent with the approach that I have already outlined. On a proper analysis, both the Canadian Supreme Court in Crookes and the European Court of Human Rights in Magyar suggest that what might matter is the connection between the person posting the hyperlink and the underlying message. Was the defendant endorsing the underlying message, or was it just a footnote? There was room in both cases to say that the defendants were neutral hosts of current affairs sites who were not endorsing the particular message in question, but in the present case the answer is plainly different: the applicant was telling people that there was a video of her singing her songs and providing them with the means by which with one click they could access those performances. That was an unequivocal endorsement of the material.

During the course of his helpful submissions, Mr Davies attempted a number of analogies in order to advance his arguments, including references to blackmail letters sent from abroad, messages to the speaking clock and even a libretto prepared without the author’s permission. As my Lady pointed out during argument, in the modern digital age such analogies are unhelpful. The Court has to deal with the modern world as it is, in order to see whether or not the offence is created by this relatively recent statute have captured this particular type of behaviour. That is at root a relatively simple task, and analogies with other means of communication do not assist.”

Counsel argued on her behalf that a communication could not be made with or to an inanimate object. Therefore, in relation to the third charge, he said that the sending of the video to YouTube’s server meant that there was no communication and therefore no basis for a conviction under section 127(1)(a).

This argument received short shrift from the Court, which held:

“In my view, this argument fails for four separate reasons. First, there is nothing in the Act to provide any support for the proposition that the message had to be received by a human being in order for the offence to have occurred. [Counsel] accepted that the intended recipient did not need actually to receive it, but maintained that there had to be such an intended recipient in the first place. Such a qualification would, in my view, be contrary to the words of section 127, which is dealing with individuals using a public electronic communications system to send or cause to be sent messages of a particular kind, and does not stipulate if, when, how or by whom any such message has to be received.

Secondly, assuming that [Counsel] is right and there had to be an intended recipient, it is wholly unrealistic to suggest that the video uploaded to YouTube was “a packet of data always intended for an inanimate object” (paragraph 39 of Mr Davies’s skeleton). In my view, it was no such thing: it was a video of a song performed by the applicant, uploaded to YouTube by the applicant, intended solely to be seen by other people. So there were intended recipients, and the criminal offence cannot disappear because the applicant used the YouTube platform as her chosen method of communication.

Thirdly, I consider that [Counsel’s] contentions are contrary to Collins. Lord Bingham made clear that the offence was complete when the message was sent to the inanimate answer machine (see [8] of his judgment, which I have cited); what happened thereafter was irrelevant to the offence. Otherwise, as he pointed out, criminal liability would turn on the happenstance of, for example, whether the message was received by an individual or not. Moreover, in the light of Collins and the challenges of the digital age, I would suggest that John Stephenson J’s remark in Treacy v DPP [1971] AC 537, on which Mr Davies also relied, that the sort of demand with menaces required for blackmail “cannot of course be an offence if made to the winds” was not meant in a general way but went specifically to a necessary ingredient of the offence of blackmail. It is not applicable here, save perhaps to note that, 50 years on, it might be thought that sending messages to the winds (or certainly the clouds) was a prescient, if rather romantic, description of the internet itself.

Fourthly, [Counsel’s] submissions are contrary to the approach in Chambers, Kingsley Anthony Smith and Sutherland. There is no reason to depart from either the reasoning or the result in any of those cases. There is no reason at all to distinguish between Twitter and YouTube for these purposes.

For these reasons, the fact that the message in question was sent to the YouTube bunker in California, rather than, say, to the applicant’s next-door neighbour, is irrelevant in law. The offence under section 127(1)(a) was made out when the video was downloaded to YouTube by the applicant with the intention that people might view it. That is therefore the answer to Issue 2.”

If you are arrested or brought in for interview in relation to online abuse, then please make sure you contact our legal team on 0161 477 1121 ASAP to avoid making a costly mistake! Find out more about our internet crime legal representation services.